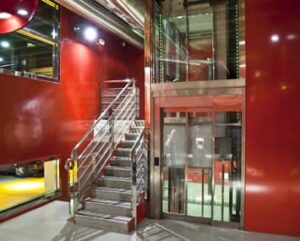 As cities grow more and more crowded and businesses around the world see an increasing demand for office space, modern buildings are getting taller and taller. While the influx in towering structures makes for even more interesting city skylines, it also means big changes for the elevator industry.

The taller buildings get, the sleeker and more innovative elevators need to be to meet the demand. That shift has designers around the world laboring feverishly to advance their pioneering projects — but the transitioning world of elevators isn’t only keeping designers in business.

Federal officials are forecasting a huge boost in jobs for elevator technicians — great news for those who work in elevator repair in New Jersey and beyond. According to the U.S. Bureau of Labor, the number of jobs available to those who install and repair elevators is expected to grow by a staggering 13 percent by 2024. To put that figure in context, it’s about twice the rate at which the average American workforce is expected to grow.

And just like the products themselves, the numbers are expected to go higher and higher.

In the last decade, the demand for elevator installation exploded; in addition to a boom in new buildings, federal regulations regarding handicapped accessibility have gotten tighter, which has necessitated new designs and installations in many existing buildings. The number of people flocking to cities is also on the rise. According to the United Nations, about 54 percent of the global population lives in cities, a figure predicted to jump to 66 percent in 2050. A number of metropolises are considered “mega cities,” each home to more than 10-million people — areas where tall skyscrapers, and the elevators that support them, will be essential to life, work and leisure.

As the need for elevator innovation continues to climb, so does the importance of those who install and service elevators. That’s good news for those considering a career in elevator repair in New Jersey and beyond. What’s even better news is that most of these jobs don’t require a college degree — as most of the training is completed through hands-on apprenticeships — and pay, on average, more than $75,000 annually.

Now might be the time to explore a career in the elevator industry!